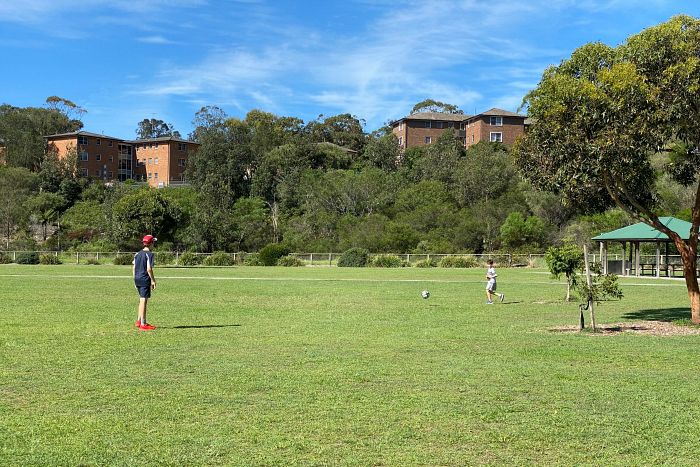 If you have read about Montessori or have children at a Montessori school chances are you've heard the term "freedom within limits".  It's a term that can be applied equally to the home as to the Montessori classroom.

Children in a Montessori classroom have much greater freedom than those in most traditional classrooms. Children at Montessori schools can freely move around the classroom, they are free to choose the work they want to do, in many schools children are free to move inside and outside. With these freedoms come limits. Children are required to respect their environment, walk quietly and not disturb others, only choose work they have received a presentation on and only choose work that is available on the shelves.

"Without freedom it is impossible for personality to develop fully. Freedom is the key to the entire process, and the first step comes when the individual is capable of acting without help from other and becomes aware of himself as an autonomous being." Maria Montessori, Education and Peace.

First I want to share this quote about freedom and responsibility and freedom within limits in a Montessori school community.

"Freedom and Responsibility: The idea that freedom follows responsible behavior is an important concept in Montessori philosophy. We give opportunities to "respond with ability" and corresponding freedoms are given. For example, if you remember to bring your coat, then you will be given the freedom to go outside when it is cold. If you act responsibly in the elementary classroom, then you can be granted the freedom to go outside of the classroom into the larger community.

Freedom within Limits: The concept of allowing freedom within limits is a crucial idea in Montessori philosophy. To the casual observer or new teacher,  freedom may appear to allow a child to do anything he or she would like.

Freedom is limited by the level of ability and responsibility a child has. We give the child freedom to move freely about the classroom. This freedom may be taken away if the child uses the freedom to hit other children, to disrupt others' work, to damage materials, or otherwise to not choose a purposeful activity. The chid is free to act within the limits of purposeful activity." - Understanding Montessori: A Guide for Parents. 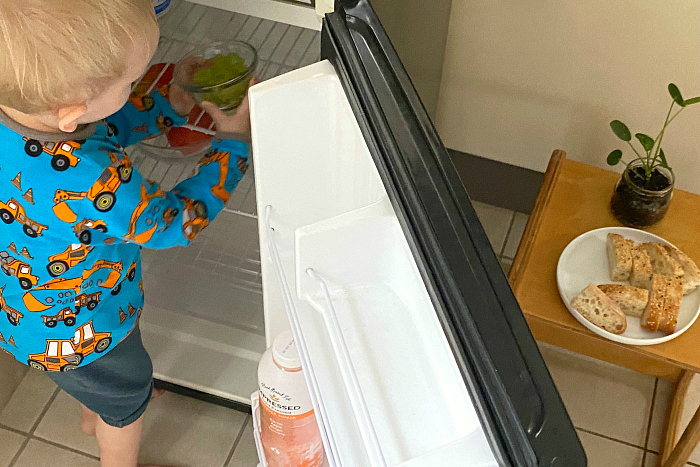 Freedom within limits really comes into play once the child can move, starts walking and working with their hands. Otto (2 years) has the freedom of movement. Otto has a floor bed, low shelves for his books and materials, a small fridge and work table for snack, a toddler wardrobe for accessing his clothes. Low shelves are important at this age as it gives him freedom of choice, freedom to see and choose his work materials but also art materials, snack and to dress himself. With this freedom comes limits. He needs to treat his materials with respect, if he misuses them, for example throws his food out of the fridge, I would take away the food and perhaps present a smaller amount next time. He has the freedom to chop his snack but if he misuses the knife, it gets taken away. Generally throughout the day he has the freedom to choose his own work and his own snack and nap time.

Choices are limited, our children's fridge has limited snack in it, the toddler wardrobe only has two or three seasonally appropriate outfits in it, the toys on shelves are the ones that I carefully select to meet the child's needs and ability.

The key is to give the child as much freedom and as much responsibility as they are able to handle. We start small with the toddler and build up as they enter childhood and adolescence. With responsibility we give them skills and time to practice the skills in a safe and prepared environment. Our home is not a free-for-all, it is the result of careful preparation, observation and trial and error.

"We offer the child the freedom to grow and learn within developmentally appropriate limits. The freedoms and limits we offer to the child, reflect his/their knowledge and capabilities. The choices we offer and the limits we set, will change as the child grows... Through this freedom to choose within a set of limits designed to keep the child and others safe, the child learns to make independent decisions. Self-discipline develops through her/their independent experience of the consequences of these decisions. We view setting limits for the child as the way in which we can set the child free." - Montessori Australia.

As we enter the second plane, childhood, Otis (8yrs) has much more freedom. He has a lot more skill and is also developing reasoning skills. He has the freedom of self dressing from his entire wardrobe, he has access to all of his book and toys. He can access his own snack, reheat (using the microwave) or even cook his own food. He can choose to bake with the oven and can play outside or in the neighbourhood with friends. Limits may be that he can go to the park but only with his older brother, that he has to be home at a certain time, he has to dress appropriately. This is the age where I find the freedoms are the easiest, the child is able to make sound decisions but is still generally with an adult or has supervision.

Caspar (12 yrs) is in the third plane of development, adolescence. We really must appreciate that their prepared environment is changing. His environment includes the outside world. Caspar has so much freedom it catches me off guard sometimes. Caspar has the freedom of his brothers and so much more. He catches public transport to and from school, he has the freedom to decide when he arrives at school and when he leaves. He has the freedom to stop in local stores to buy snack. He has financial freedom, he is able to decided where to spend his money. He has freedom over his food, he can pack his lunch and save money or spend all of his money at the school canteen. On weekends he has freedom over bedtime and screen use. There are limits to all of this, he only has a limited amount of money on his card (we use Spriggy cards in AU, in the UK we used Go Henry) he has limits on the time he needs to be at school and back home again, he has limits on the amount of snack/nutritious food he eats and what he views/plays on his screens. He shows us that he is responsible and we give him more freedom, and respect. Freedom within limits.

Feel free to tell me what you think. Too much freedom, not enough limits? How does it work in your home? Chime in if you have a child in or entering the second or third plane!