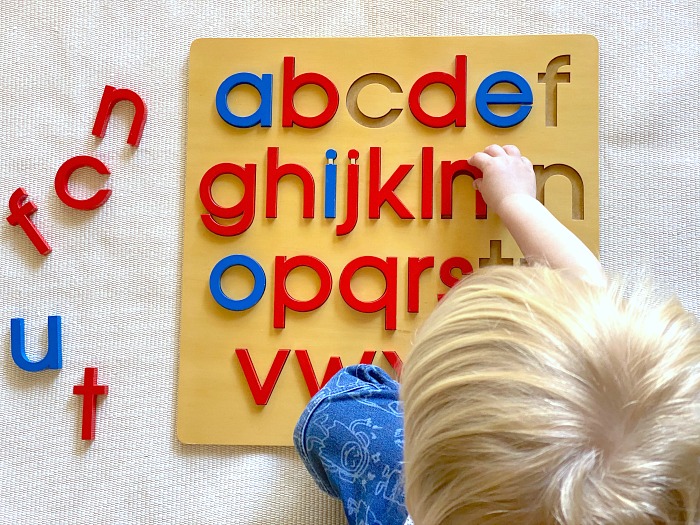 We are doing a lot of language work right now. My three-year-old is learning the sounds of the letters and is also learning what the letters look like. Although these are not traditional Montessori materials we've started using an Alphabet Puzzle and the Alphabet Roll. 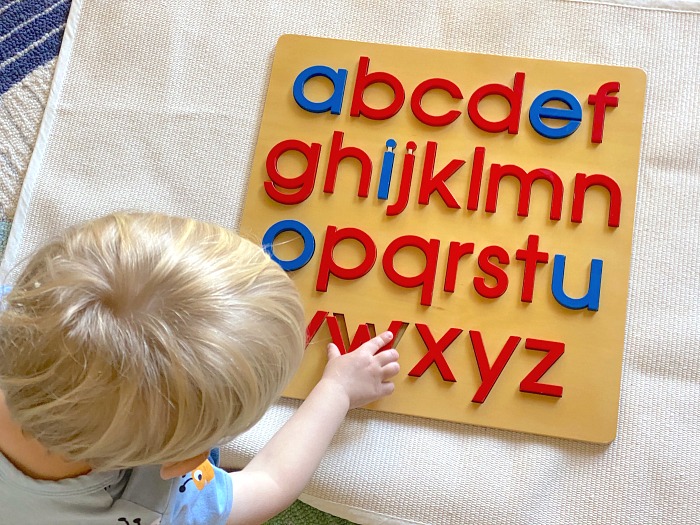 Using the Alphabet Puzzle the child is able to hold and feel the shape of each letter. As the child finds the letter and then finds the place on the puzzle where the letter fits the child becomes acutely aware of what the letter looks like (visual discrimination). The child can see the similarities and differences in the letters for example, Otto tried to put the v in the w position, it doesn't fit but he can see they look similar. 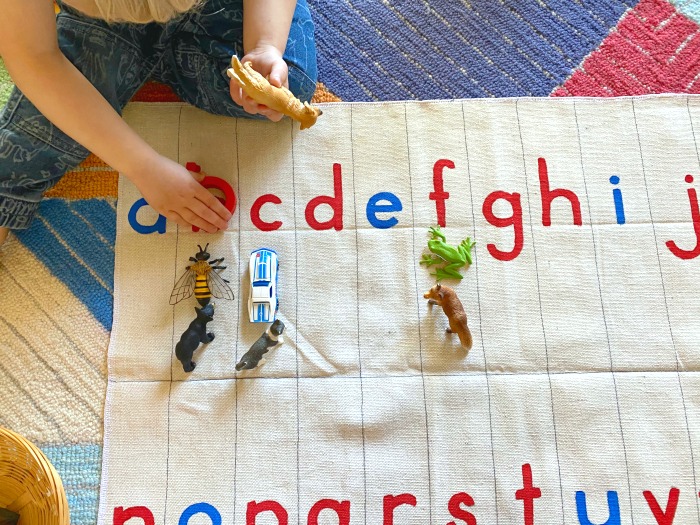 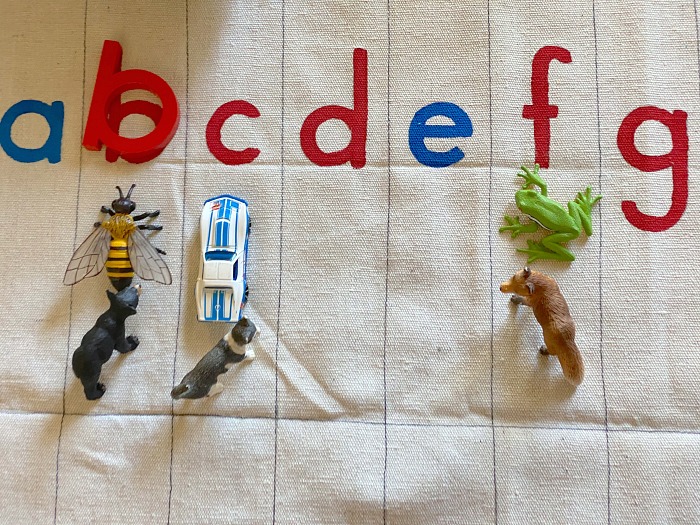 I presented the Alphabet Roll with a basket of sound objects but only of those letters that Otto knows reasonably well. He loves this matching work soooo much! 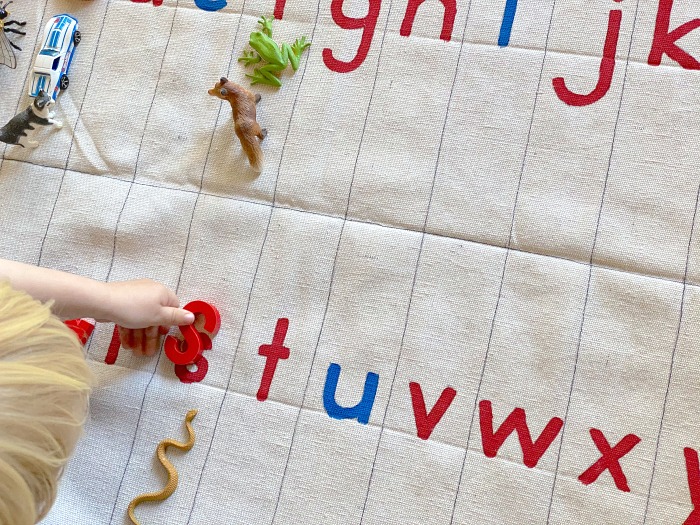 Both of these are hands-on materials that make learning fun. I love that the Alphabet Roll is large and encourages movement. Lots of three-year-olds like Otto like to move, the going back and forth to collect the item and then put it onto the roll keeps him interested and engaged. I know we will be using both of these materials for many more months to come. 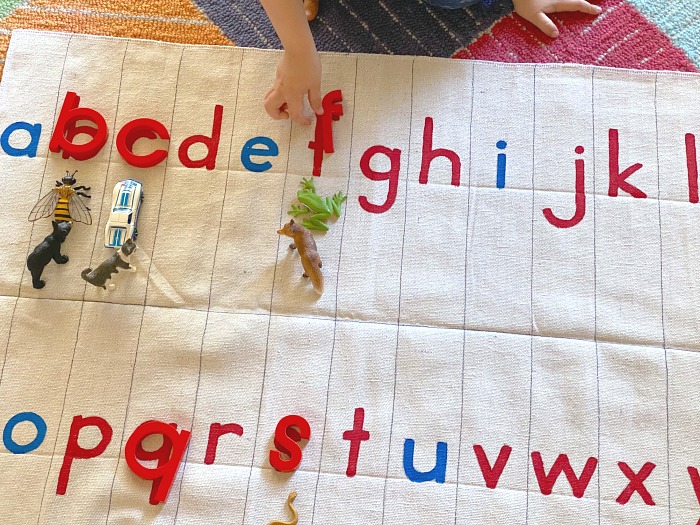