How we are using Montessori Sandpaper Letters - at 3 yrs 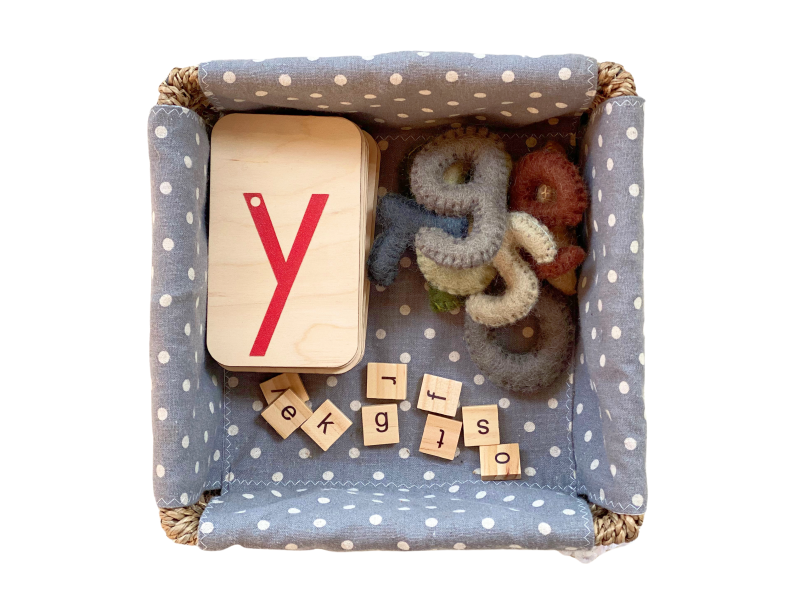 I call this a letter jumble as I jumble all the letters in the basket, then ask my three-year-old to sort them! It's easy for him to do and it really helps with his letter recognition. Here I've only used nine letters but I could put out the whole alphabet. 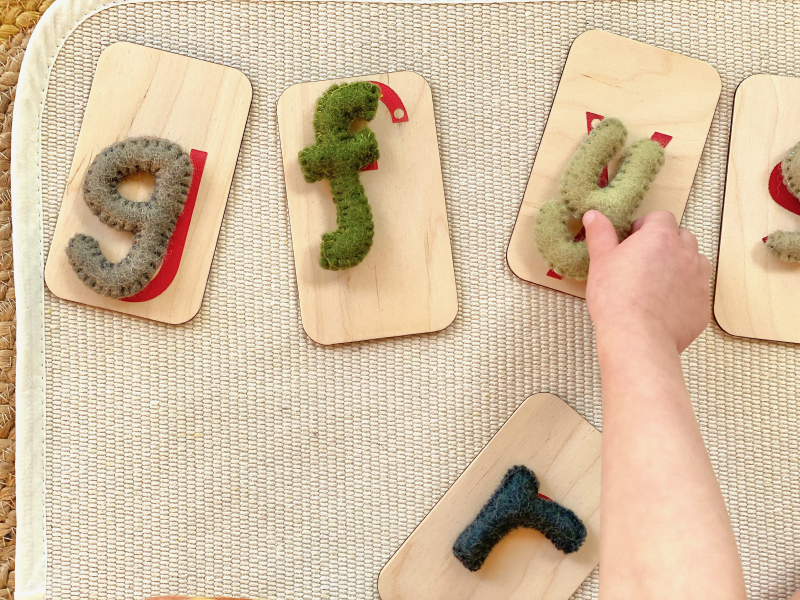 I have included sandpaper letters, felt letters, and letter tiles. 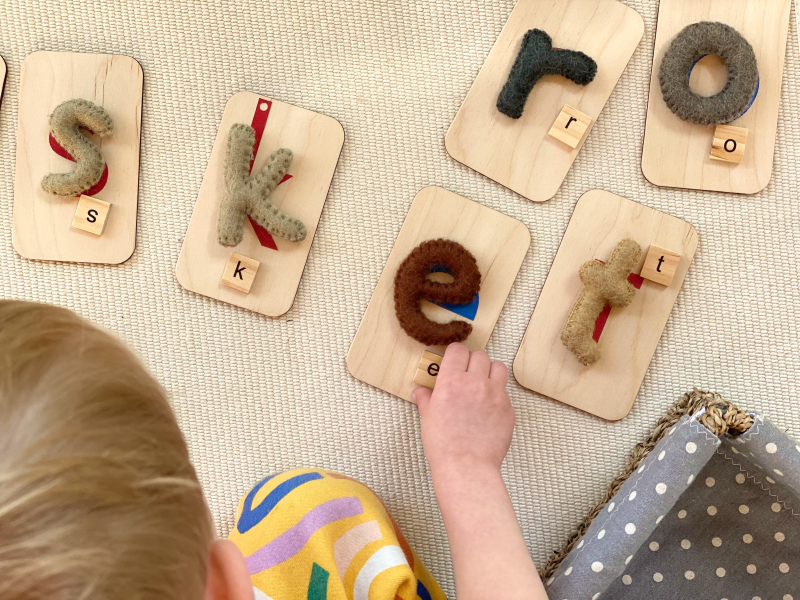 If we are playing this together I might ask him "I have a rrr, can you see the rrr" and include as much phonetics as possible rather than this just being about visual discrimination and matching. 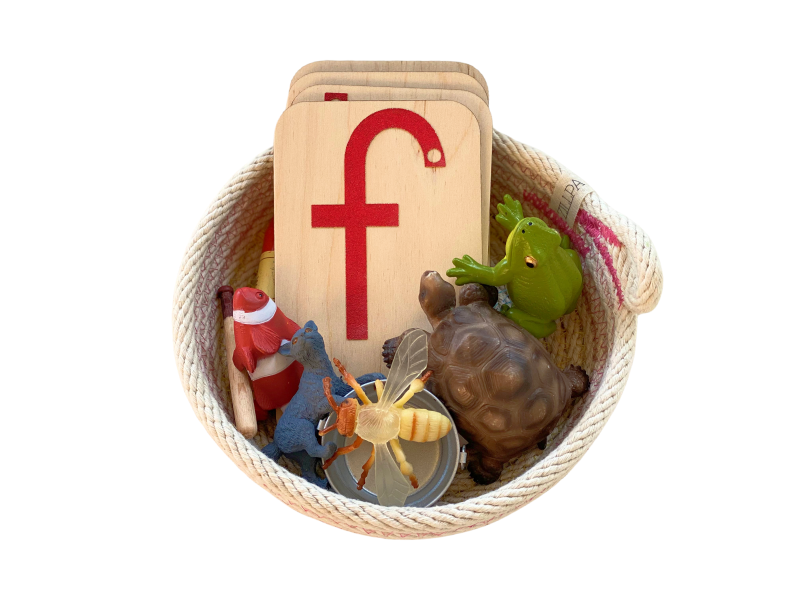 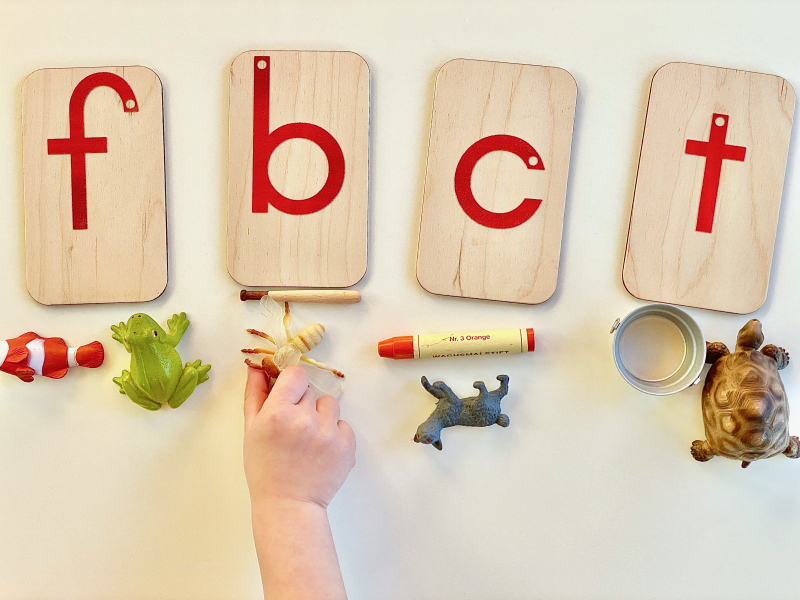 At this stage, I'm only putting out 2-3 objects per letter and I'm including 1-2 letters that my child knows well with 2-3 letters that he is still working on. This has become more popular now my child is getting closer to four. 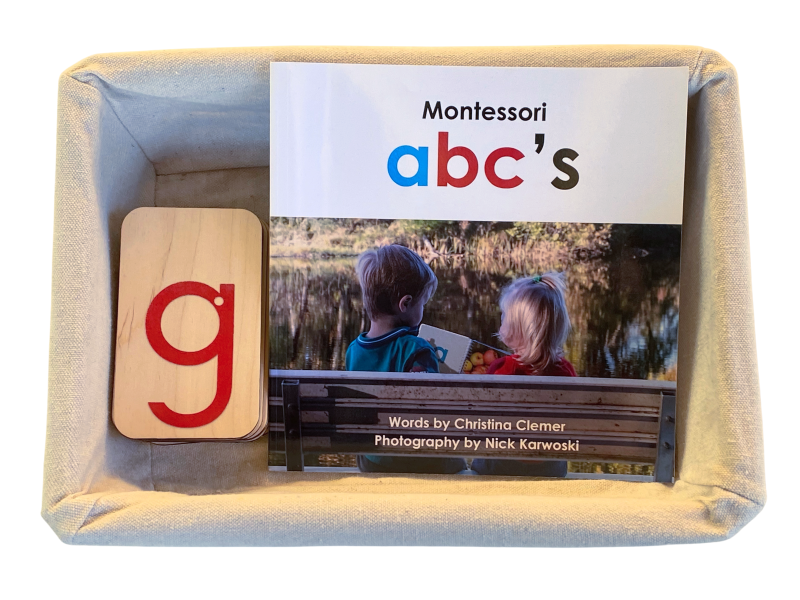 Then we might stop and say the letter and trace the sandpaper letter. 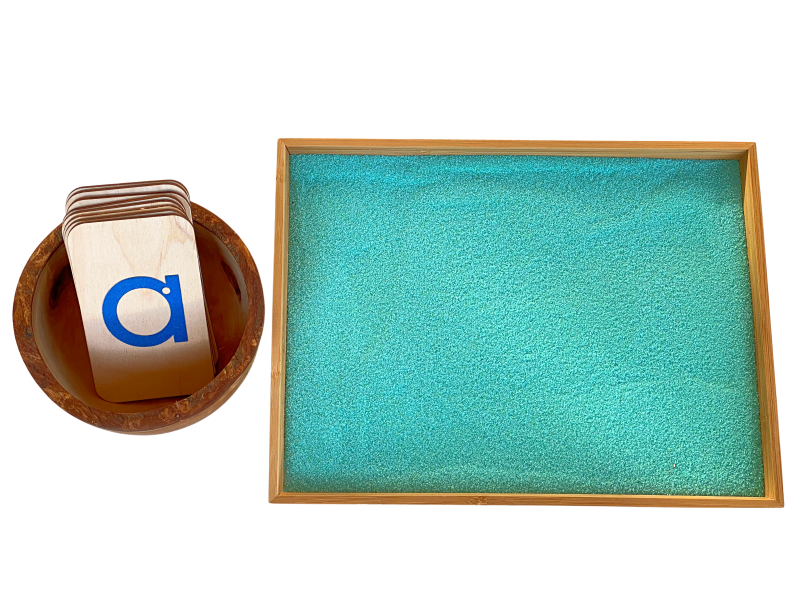 Using the sandpaper letters with the sand tray is a fantastic prewriting activity. The child can trace the sandpaper letter with their fingers and immediately write that letter in the sand. We want to imprint the feel of the letter along with the sound of the letter onto the child. Over time the child will associate the sound with the letter! The sand allows the child to write freely, without and pressure of holding a pencil, it is easy to remove mistakes with a shake of the tray. 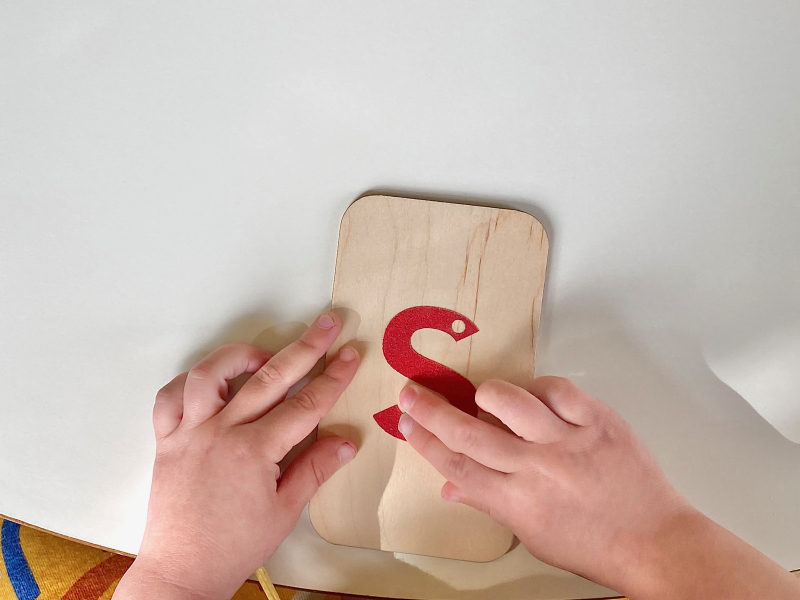 'sss'. First, the child traces the letter with their fingers. 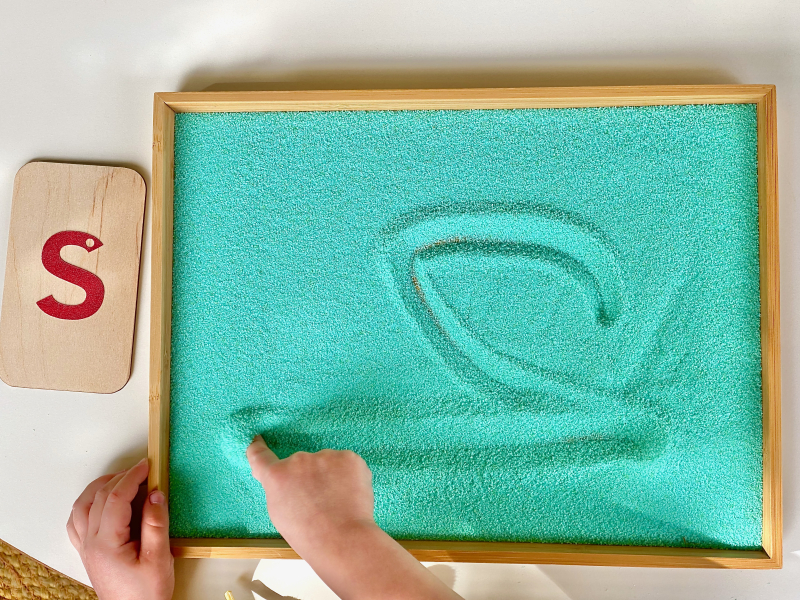 Then writes the letter in the sand. For some letters, it takes a lot of practice and repetition. 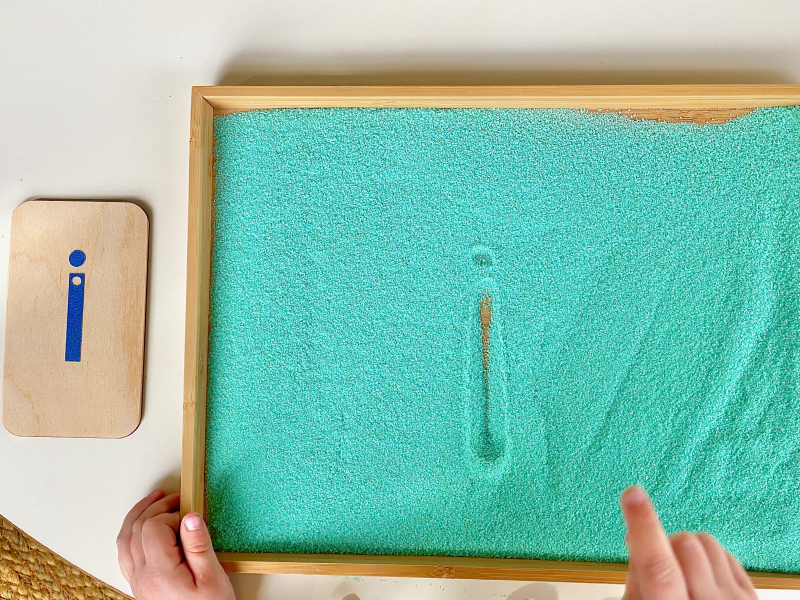 Some letters are easy to write but it's not just about the child copying it, we want the child to feel the letter and make the sound. 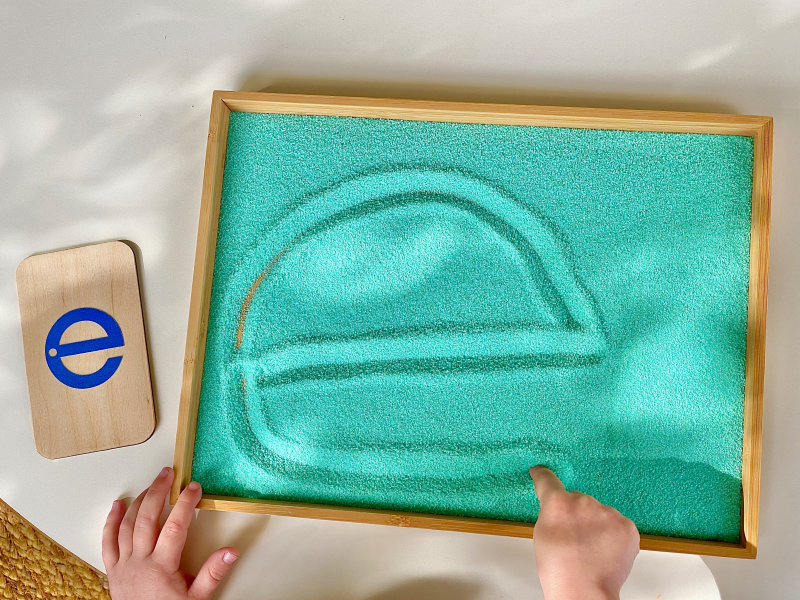 Sometimes the child can form the letter but not the correct way. That's ok, it just takes time and more practice. We really want the child to master the letter before moving on to writing the letter on a chalkboard or on paper. 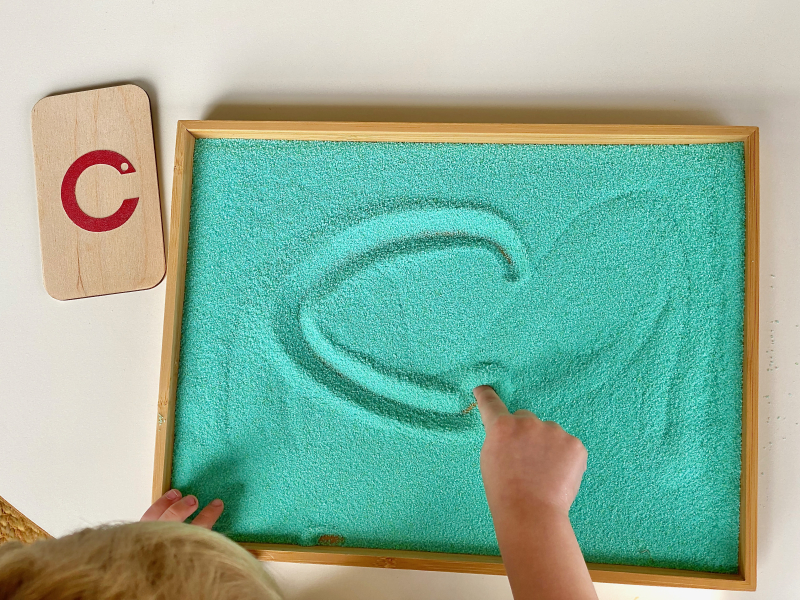 I've been presenting the sand tray with about 5-6 letters and allow the child to choose which ones he wants to write. 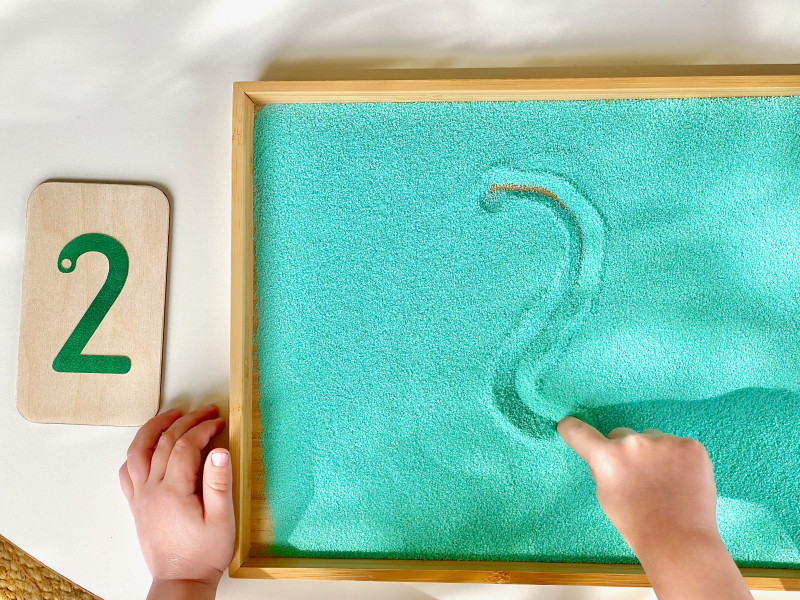 Don't forget about sandpaper numbers too. 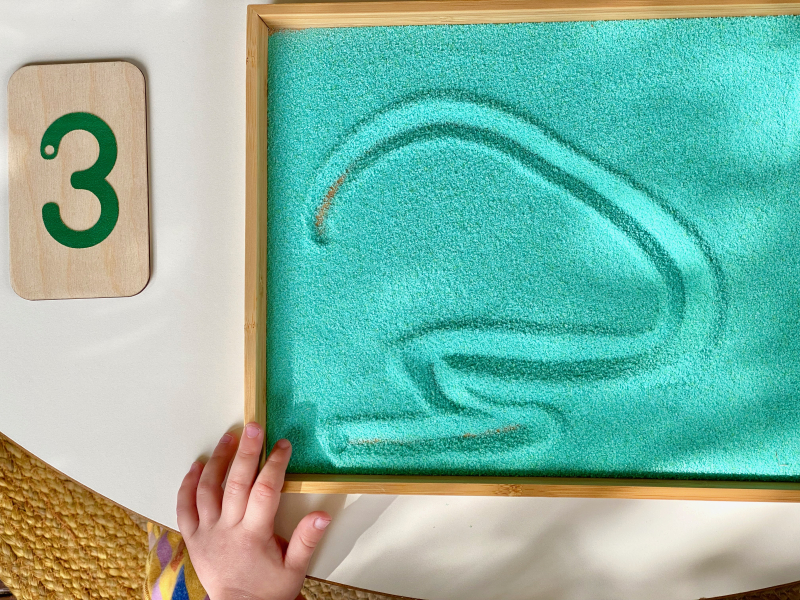 Here I can see he is working on the refinement of movement and learning proportions. 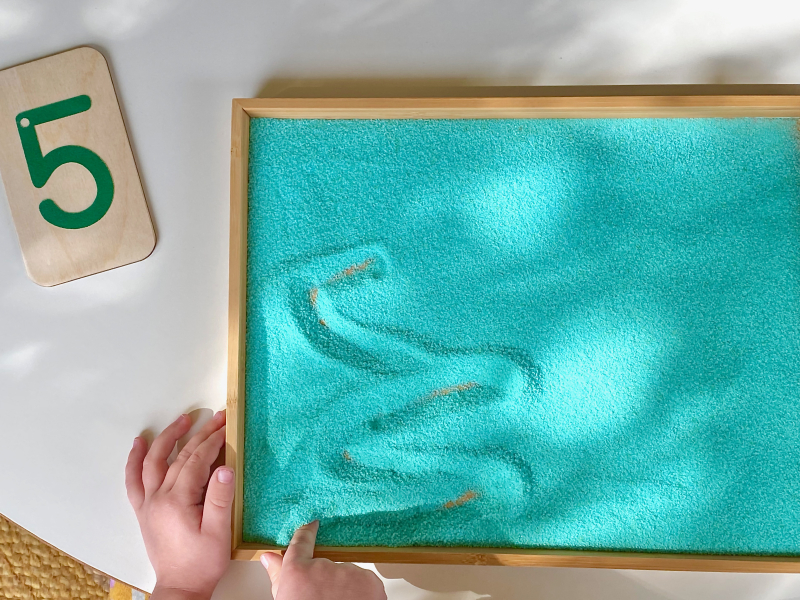 I love this attempt!

If you have a younger child you may like my previous article A First Sand Tray - for Pre-Writing Skills!!