How to remove mould from toys?? Come clean with me! Let's clean our model animals, Schleich, Collecta & Squigz. 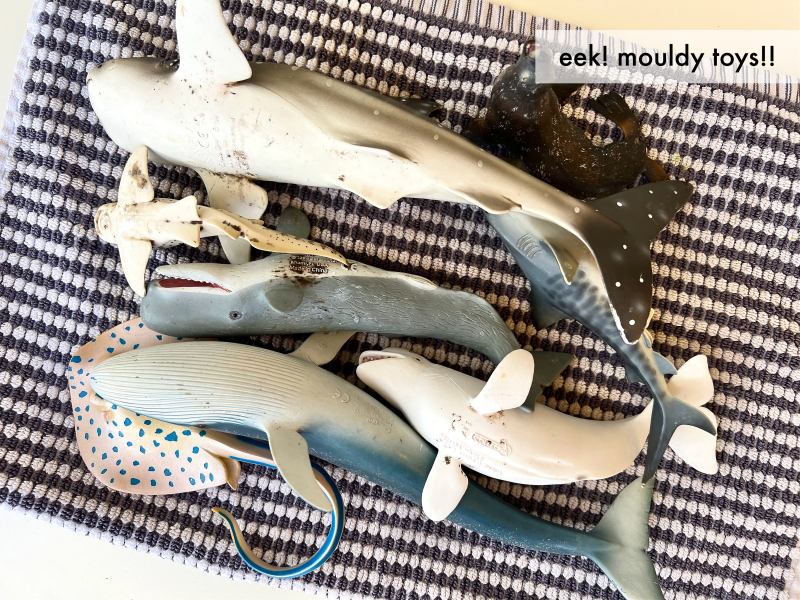 If you live anywhere near me, you've probably had to deal with mould this year. While we haven't been affected by floods we've had a lot of rain and moisture in the air. We also use a lot of toys in the bath, which are more susceptible to mould.

I usually clean our Schleich and other model animals with warm soapy water but this time I needed something more serious. How do you clean your children's toys and what do you do with mould? 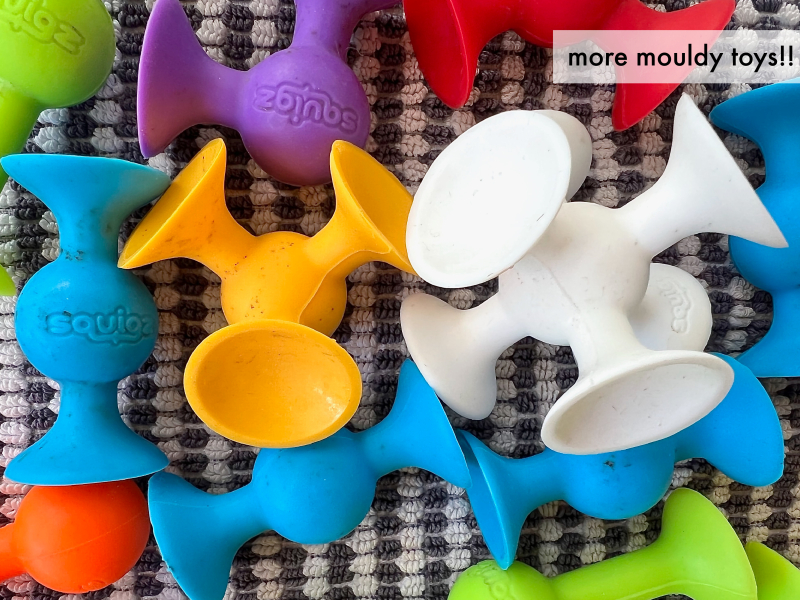 Our Squigz also had mould on them. I've read a lot of suggestions to clean toys in the dishwasher but that idea doesn't appeal to me.

The Schleich website on how to clean their toys: "Our wild and not so wild animals and magical creatures prefer to shower with clear water and a mild detergent. If you then gently lather them by hand, even the gruff ELDRADOR® CREATURES purr like little kittens. What they don't like at all, however, are chemical treatments or aggressive solvents. Then their intricately hand-painted fur becomes really pale and flakes off." 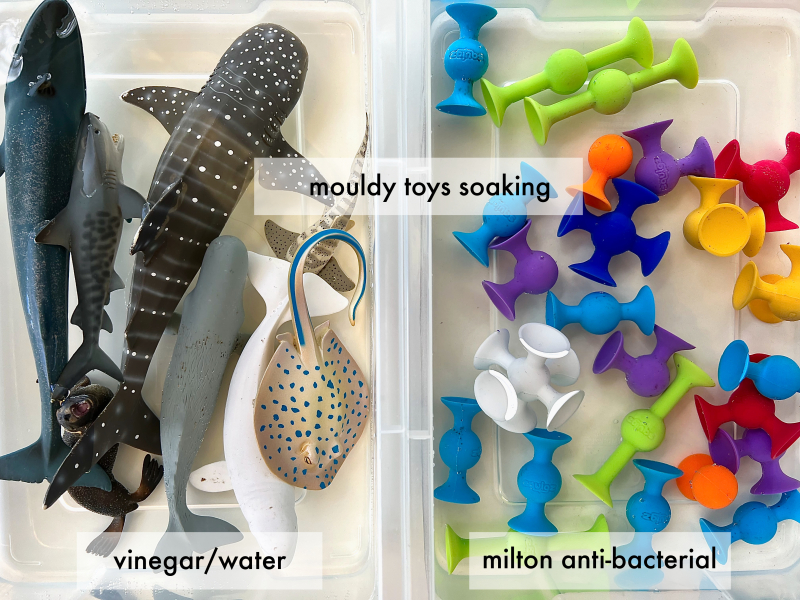 Today I cleaned the model animals in a vinegar/water mix and the Squigz in a Milton anti-bacterial solution. Both worked extremely well. 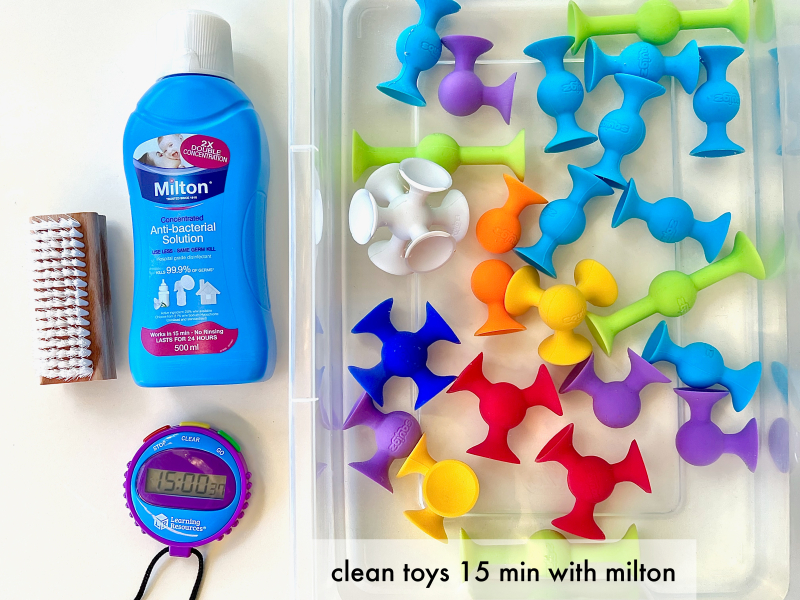 The Milton solution is a sanitiser most often used to sanitise baby bottles, so if used correctly it is safe to use with toys. Milton contains diluted bleach and there are similar products in other countries.

I cleaned our model animals with a vinegar solution. It is half white vinegar, half water and a few drops of tea tree oil. I soaked the animals for fifteen minutes, scrubbed the mould off and then soaked them for another forty-five minutes or so. Again the mould came off but it was slightly more difficult as the animals have small grooves. This is a good bleach-free way to clean the toys.

After an hour or so we had clean, mould-free toys to use again!