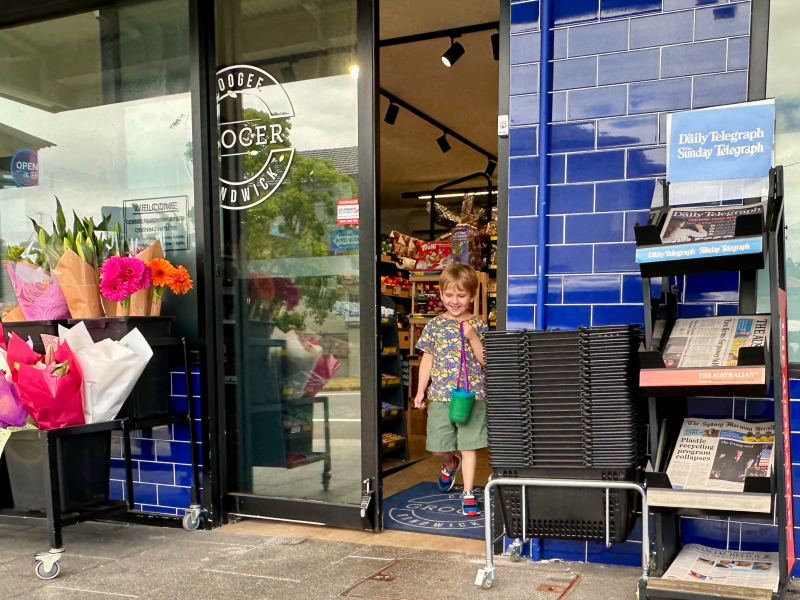 Have you watched the Netflix series Old Enough? What are your thoughts?

If you haven't seen it, Old Enough is a reality show from Japan that captures children as young as two (yes toddlers!) doing their first errand. The children are filmed running errands independently, like delivering or collecting dry cleaning, shopping at the fish market or walking home and making juice. Often the children are walking kilometres; some of this takes place in rural areas, but there are some errands set in city streets; some children independently cross busy roads and catch public buses; most children do it alone, and some do it in pairs. The children are adorable and most often capable, and things don't always go to plan. The Japanese scenery is stunning! Although there are different cultural norms, I felt uncomfortable watching at times with some children being set up for their errands, such as Dad (intentionally) forgetting his lunch or jacket, so the child has to deliver it, and some children are less than happy to participate and need strong encouragement to do their errand. It has made me consider the age appropriateness of some tasks.

The producers of the show say that "We’re not doing this to create a show. Because we feel we are simply documenting what Japan is like today." and "We choose those that are going to [be asked] to run a first errand anyway, regardless of whether they will get filmed or not.".

Old Enough has been running for thirty years and young children doing errands is a thing in Japan, as is using public transport independently. In my state, it is recommended that an adult hold a child's hand when they cross the road until they are eight. So I started thinking about Old Enough in my western society; what does doing a first errand look like here?

I've struggled at times to know what risks are acceptable for my children. I allow my eleven-year-old to walk independently to school, to most local shops and cross major roads; my fifteen-year-old is as capable as an adult navigating the whole city. But for my newly turned five-year-old, what is acceptable? What is he developmentally ready for? I feel like I haven't been providing him with adequate opportunities. I also don't want to push him, so to start, I get a feel for what he is ready for.

He builds confidence and a level of comfort by talking to cafe staff! He places his order and pays for the first time. 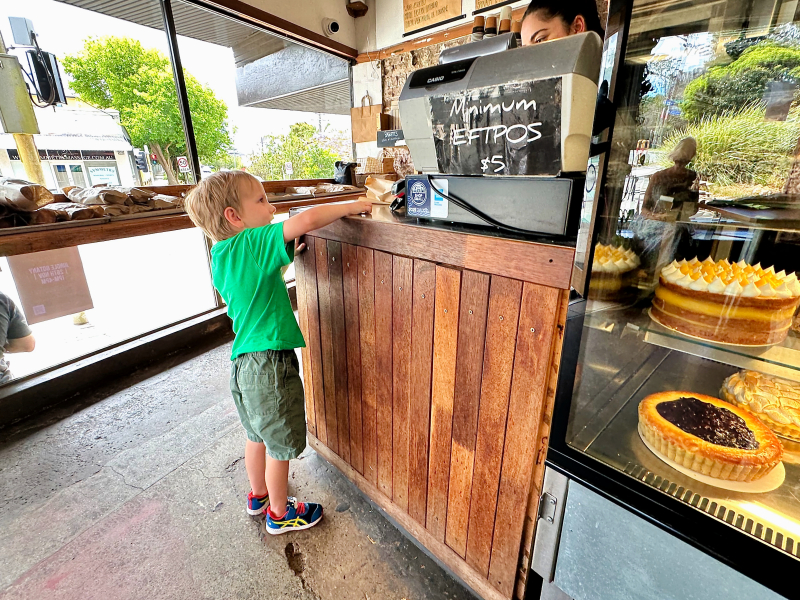 He collects his order and his change and says thank you. While a local coffee shop is a great place to practice and explore this level of interaction, farmers' markets are also a good place where children can speak to the vendors, ask about produce, pick something out and pay. 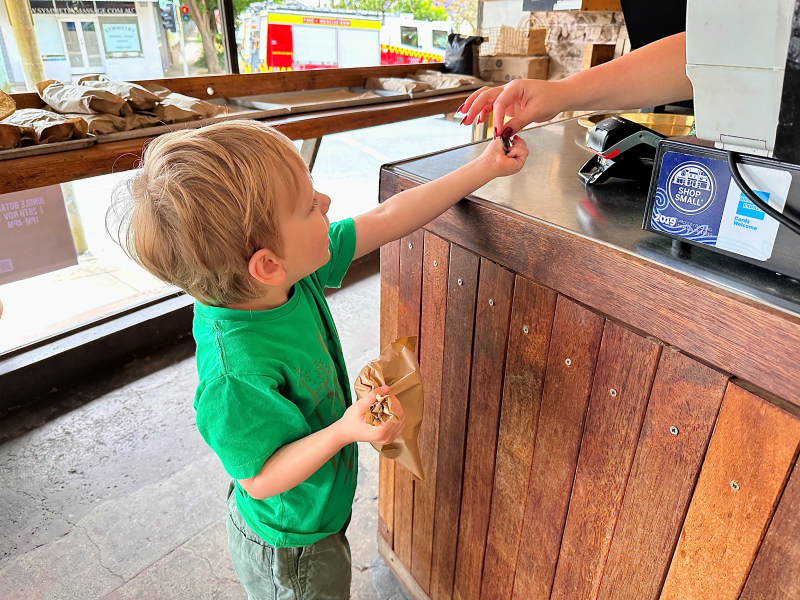 Is my child ready for something more? 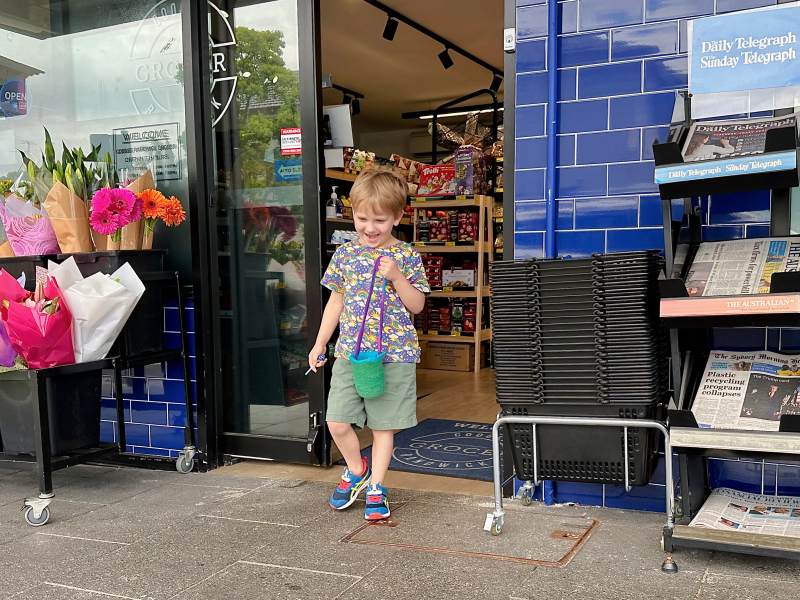 How about independently entering and buying something from a store? Yes, he was completely ready.

We started with a store that:

I waited outside and didn't even feel the need to peep in through the window. This was easy for him, I'm sure he would be happy to shop here independently again. Perhaps next time, I will send him in with a list. He only bought himself a lollypop (his choice), but he remembers how much it cost and how much change he got. He was super excited, proud and empowered.

If you haven't tried this with your child, perhaps it is time to give it a go, no matter their age. 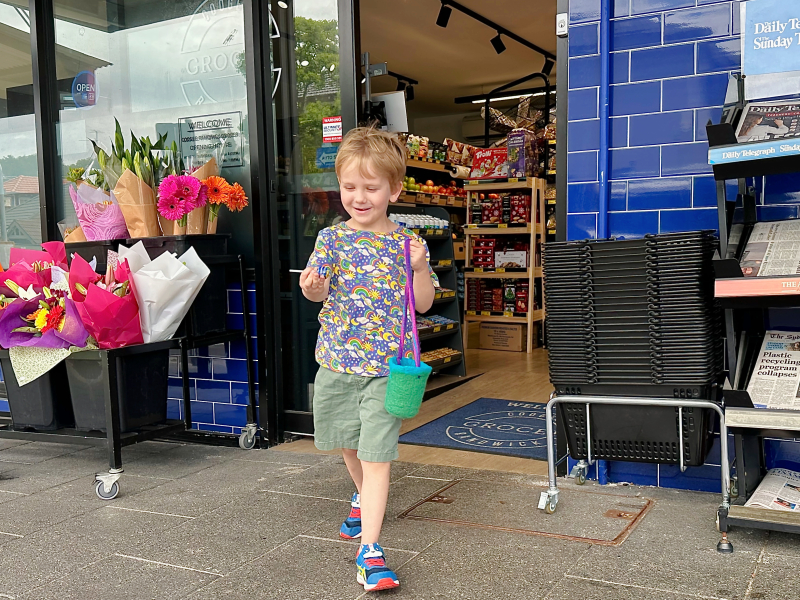 I'd love to hear about your children, younger or older going about independently and how you've managed the risks!!